We have officially finished our first round of 7th grade Science Innovation Time! I'm still so awed by my introductions to #geniushour by Gallit Zvi and to #20time by Kevin Brookhouser. Also to Dan Ryder for his inspirational blogging with his students.

There are a few kiddos left who need to present on Monday, but really - it's done, and it was a smashing success! Here is about how it went...

Our first project of the year launched from our 7th grade camp at the Elwha River really helped lay the groundwork for deep, varied, open-ended projects. (This is something my science team and I realized more in retrospect, but chronologically it came first...) The kiddos developed understanding of Bloom's Taxonomy for articulating questions, and practiced asking questions along the whole range. They also experienced all sorts of project end-products, ranging from engineering and design to persuasion to investigation of scientific phenomena.

2) Introduction to the concept of Science Innovation Time (#GeniusHour)

At the end of that project, I announced to the kids that they'd next have the chance to expand their deep investigations beyond just issues around hydroelectricity and the Elwha River ecosystem... In order to even begin this, we had to blow up the whole field of science... We started with a massive brainstorming on our wonderful showerboard white-board tables. Click on the thumbnails below to see the brainstormy goodness.

Part of the justification for using time for Science Innovation Time was that these projects would ultimately become their Science Symposium ("Science Fair") projects... so we were just spreading the several weeks of Science Symposium time over the whole year.

Students then narrowed down their first project ideas, with the expectation of completing 3 SIT projects before choosing one to present at the all-upper-division Science Symposium.

You can find the proposal form I used/created here. I took MANY ideas for this proposal structure from Kevin Brookhouser's designs for his Language Arts "20% Time" projects, and based my rubric heavily on rubrics from the Buck Institute for Education.

I emphasized to the kids that they would be "graded" on:
They were not being assessed on successfully achieving their project goals... I wanted them to really shoot for the moon, and not be afraid of getting a bad "grade" so proposing something easy. And shoot for the moon they DID!

A few key bits to the proposal:
4) Moving forward with the projects

For the next 5 weeks, my 7th graders spent their 45-minute science period each Friday working on their Science Innovation Time projects. 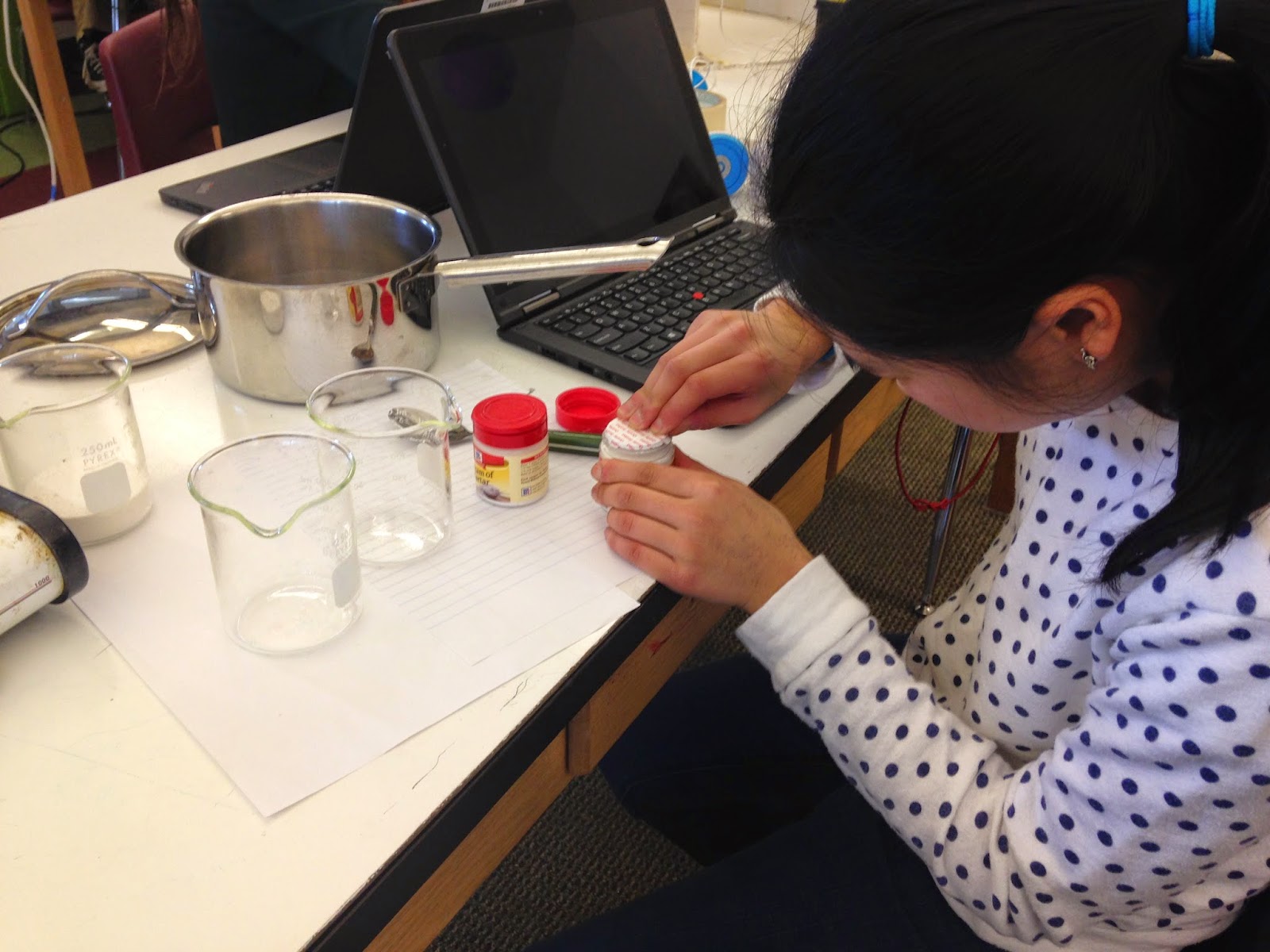 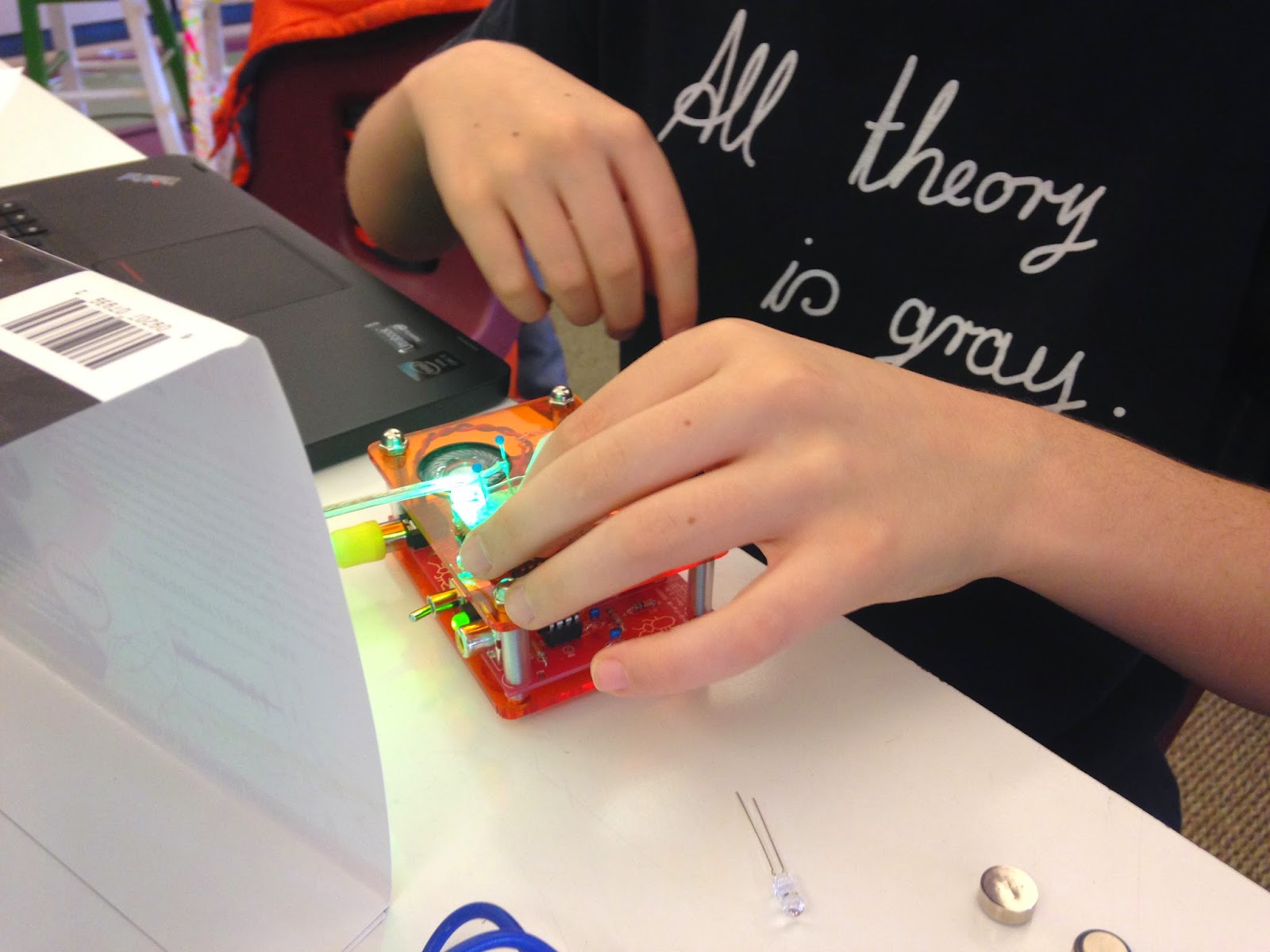 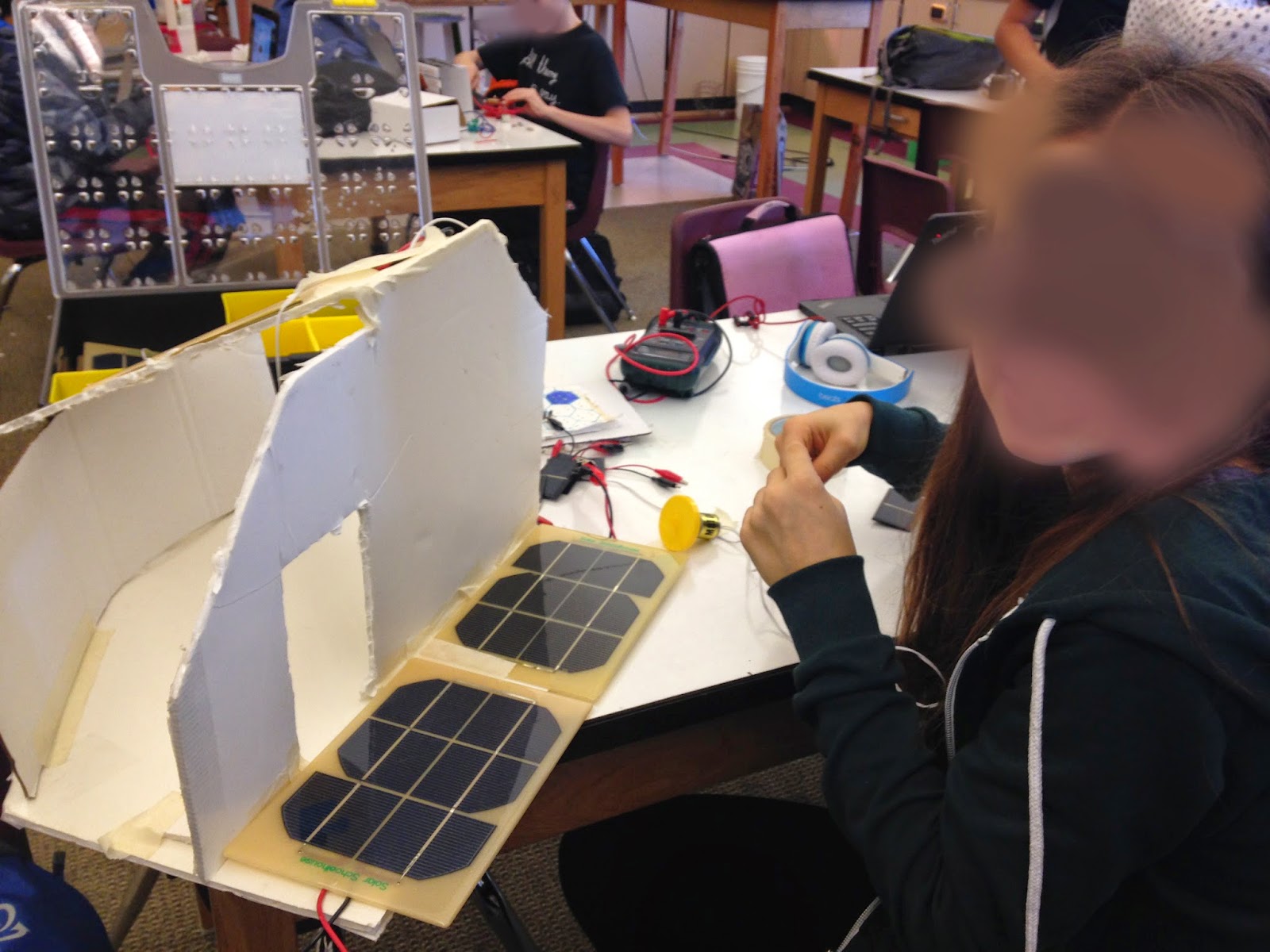 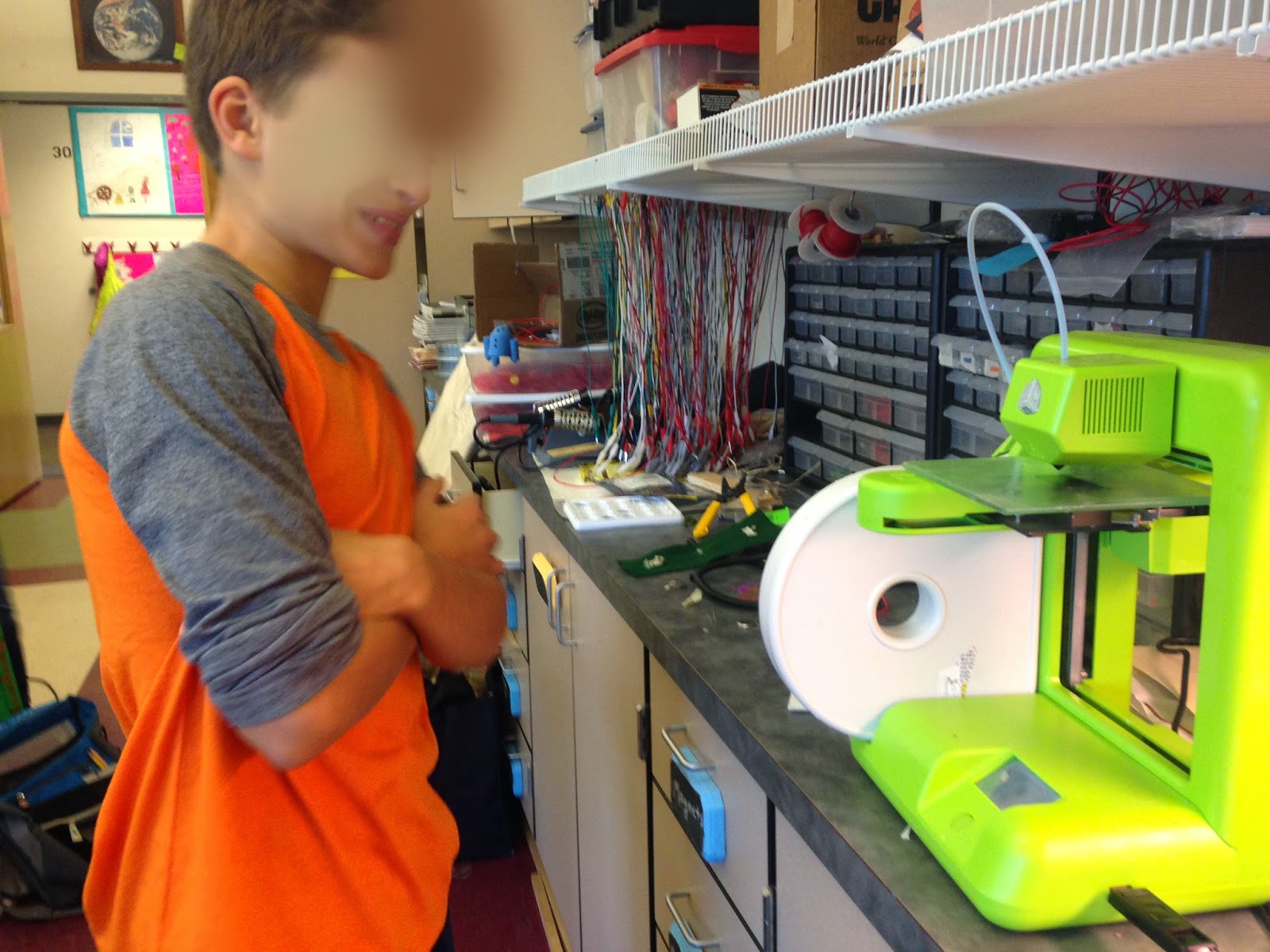 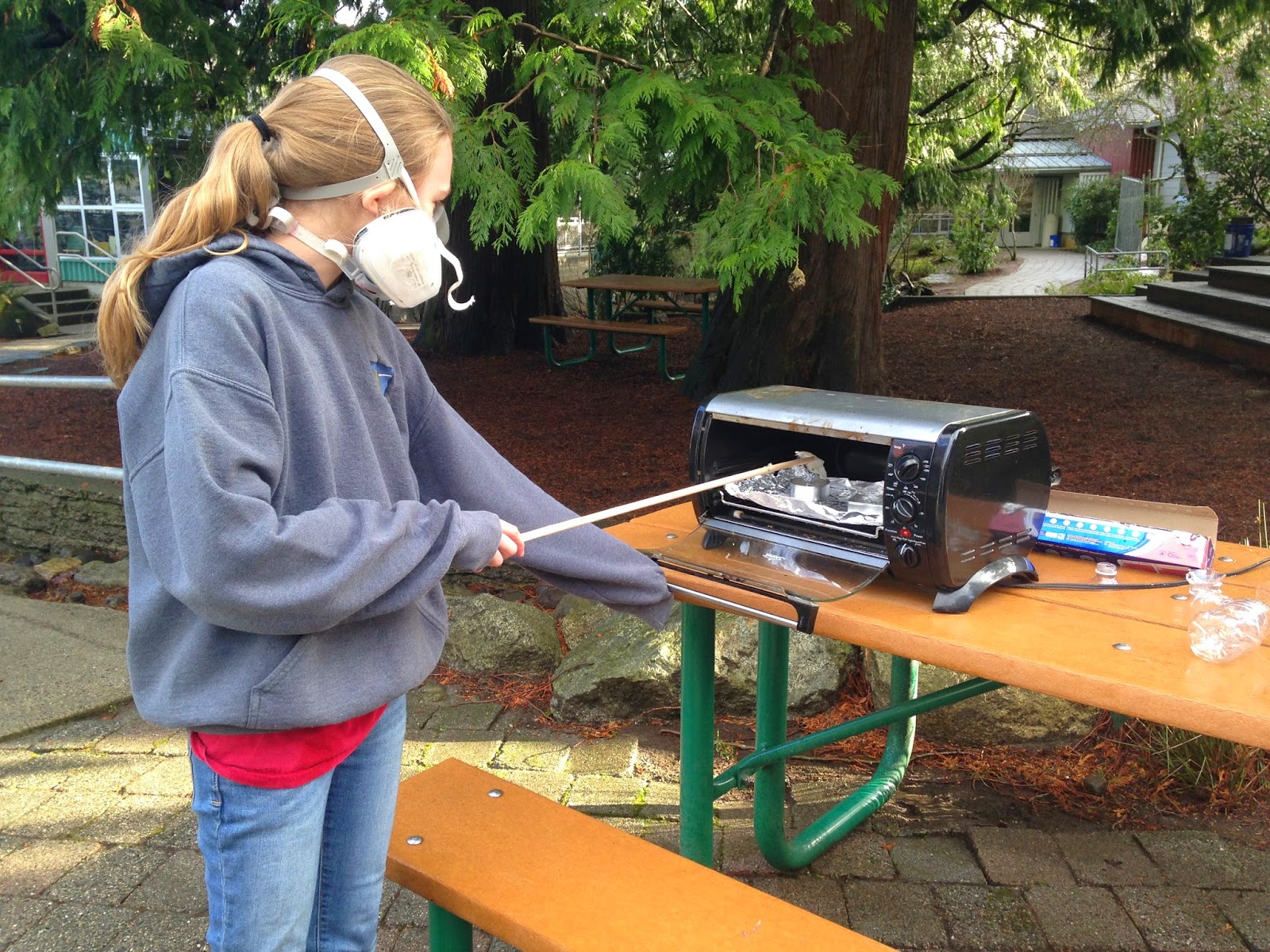 Many kids, honestly, were also working on research-heavy projects that - while quite interesting! - don't make for as engaging pictures.  :-)

Following each of those Fridays, my kiddos also wrote a blog post to track their progress and learning. They also left feedback for at least three peers, asking questions or giving suggestions to help make their classmates' projects even more awesome. Those blogs are currently in walled-garden, but here are a couple screenshots... Again, I borrowed the blog prompts heavily from the fab Kevin Brookhouser. Jump in line to buy his book! 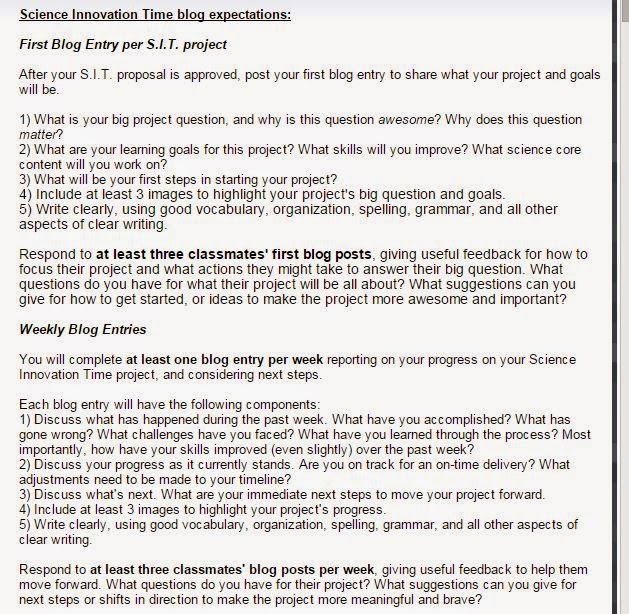 Finally, now after winter break, my students have given their final presentations! Again with the emphasis... these aren't big formal presentations, but rather just letting their classmates know what they learned, what their challenges and successes were, and whether they'll continue this project into the next "round" of S.I.T. or start a new project.

I have been *so* impressed with my students' presentations, and from the questions they asked each other after each presentation! 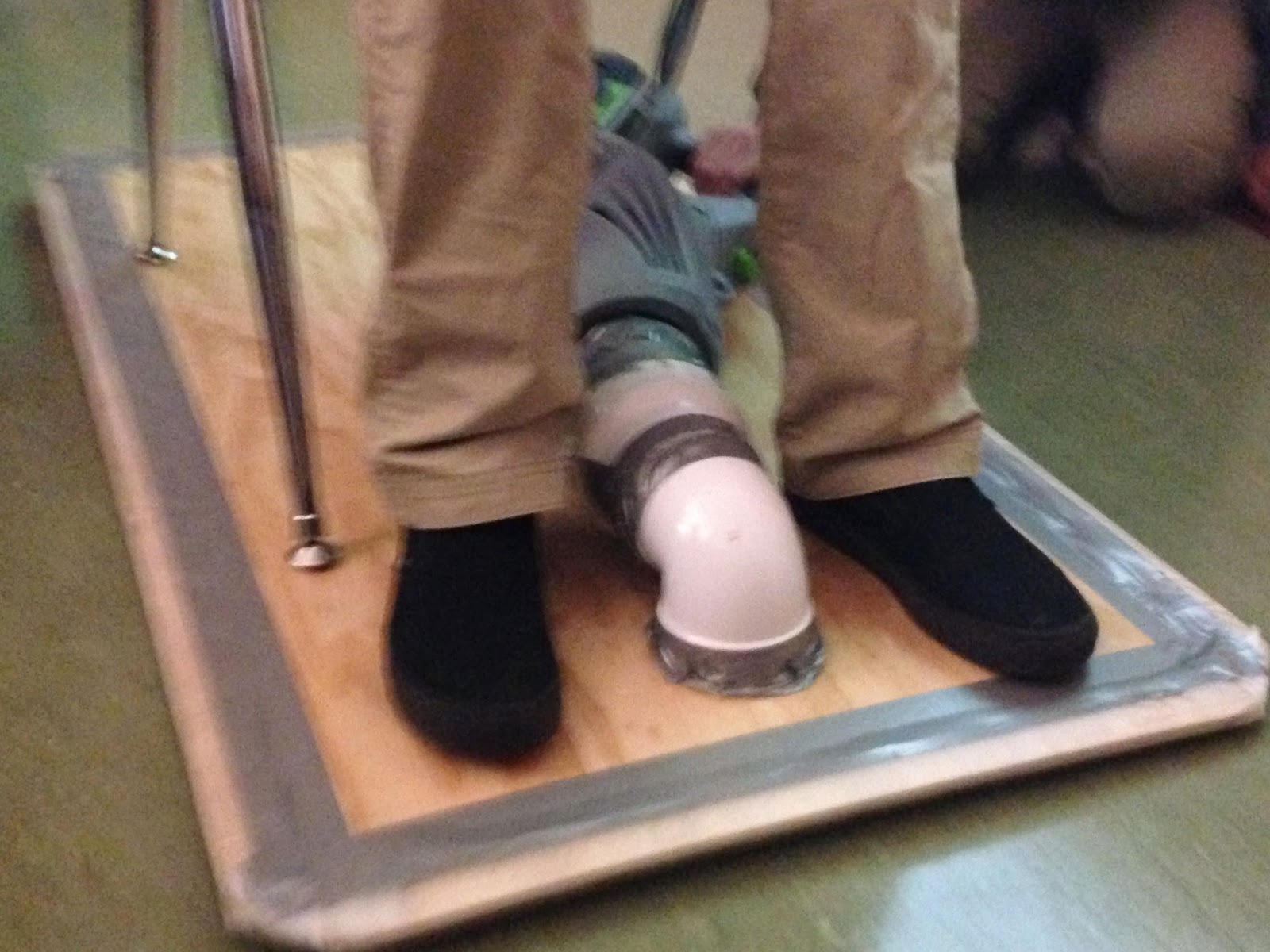 One of the most fantastic bits has been how well my students have confidently announced that their projects *failed* but that they still learned a lot and were able to overcome many challenges!

Next week, before we start our new "official" science unit (genetics!) and our new round of S.I.T. proposals, I've got an idea for a wrap-up activity... I've made 5 sets of notecards with the "titles" for each project, and I'm going to have the kids sort the notecards into "types" of projects. I want to use this sorting activity for the kids to gather and analyze some data about the proportions of different types of projects, and to look for any types of projects that might be missing... My hope is that this will help kids expand their potential ideas, rather than my fear that ideas will narrow by latching onto only the most successful ideas from this round.

We shall see how that goes!