Taking the train in China

While we were in China this summer (2018), we took the high-speed bullet train a bunch of times, including both long-distance and short distances. It was pretty hard to find clear information online in English how to purchase tickets, pick up the tickets, and actually navigate the train system, but we figured it out pretty well!

We were traveling as a family of 3 - one adult and two kids, aged 8 and 11. We communicated anything complicated via Google Translate apps, and my 11-yr-old daughter's basic Mandarin learned at school. 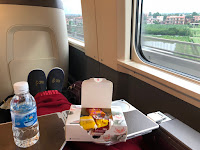 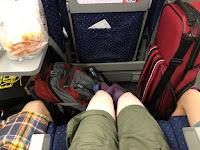 Business class vs 2nd class.
2nd is still much roomier than a flight! The snacks in business class left much to be desired.


Here are a few things I figured out...

We bought all our tickets on CTrip.com English. They have a purchase fee, but tickets were still ultra reasonable.

I only ever bought adult tickets, because I was worried about the various restrictions of the child-fare tickets. Again, the prices were so low that I figured I was paying a bit extra for the convenience.

They didn't always put us together. For the trainride to Nanjiang, my daughter was seated not just several rows away from us, but several cars away. But there are people walking and standing all over the train, so no one blinked at us hanging out in her car as we approached our arrival station.

After buying the tickets on CTrip, I had to go to the train station - any train station - to pick them up. Bring your passport! Without a Chinese ID card, you can't use the automatic ticket machines and have to go to a counter. I found it easiest to pick up several tickets at once. There are plenty of good basic guides online for picking up tickets. Be sure to look for the right ticket counter!

We always arrived WAY too early for the trains... Many websites recommend arriving 2 hours early. For one of our travel legs, 2 hours early got us to the train station a full hour before it even opened. 30 minutes was plenty early enough, but it's true that you need to account for traffic on the way to the station. (On the other hand, 2 hours wasn't early enough for the Shenzhen - Hong Kong Airport ferry! I'll write about that here. Totally awesome and super convenient, but holy logistical nightmare.)

Every railway employee we ever interacted with at any of the train stations was wonderful and patient. We did a lot of passing my phone back and forth to write messages that the app could translate, and they were all duly impressed with my daughter's efforts with her Mandarin. 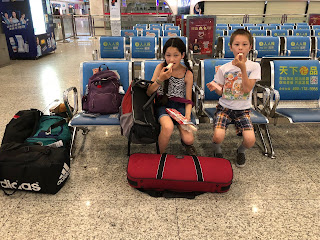 WAY too early to the train station. 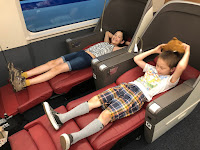 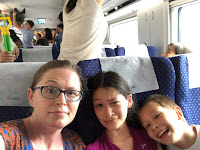 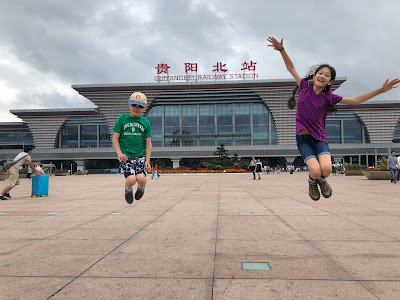 I don't even remember all the questions I had before our trip... Please comment with questions so I can improve any support I can give! Traveling around China is incredibly easy once you actually get started, but planning is challenging.

If you're looking for more thoughts about traveling through China, you can find more about our trip here.