Thursday, July 24, we had what I think was among the most successful Seattle EdTech Meetups! About 35 members joined to consider different "buzzwords" in education and education technology, graciously hosted by ImpactHub Seattle. Prior to the meetup, there was a pretty active conversation suggesting buzzwords to discuss, which also had the great effect of getting folks excited leading up to the event!

The evening of the event, Steve and I were hustling to get set up, and I was also fretting about whether I was over-structuring the conversations... A common worry I have... But we rolled forward, fingers crossed that everyone would be enthusiastically engaged!

We set up the ImpactHub big room with a ring of rolling whiteboard surrounding a few tables, creating a smaller room of sorts.  Each whiteboard had a term or two, with a three-column chart underneath: IS, ISN'T, and ? (ImpactHub also graciously provided beer for the meetup!) 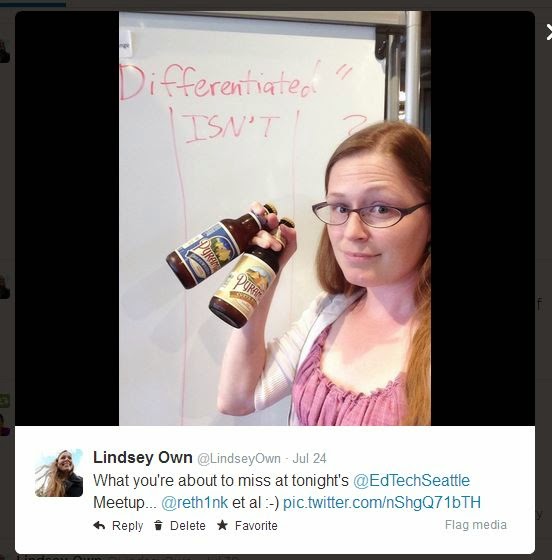 After about 20 minutes of arrival-chatting, we called everyone together and introduced the general outline for the evening:


Everyone really jumped into the activity! There were some great conversations happening verbally and on the whiteboards! Gamification vs Game-Based Learning, Common Core, and Rigor elicited some particularly... erm... controversy-filled discussions. 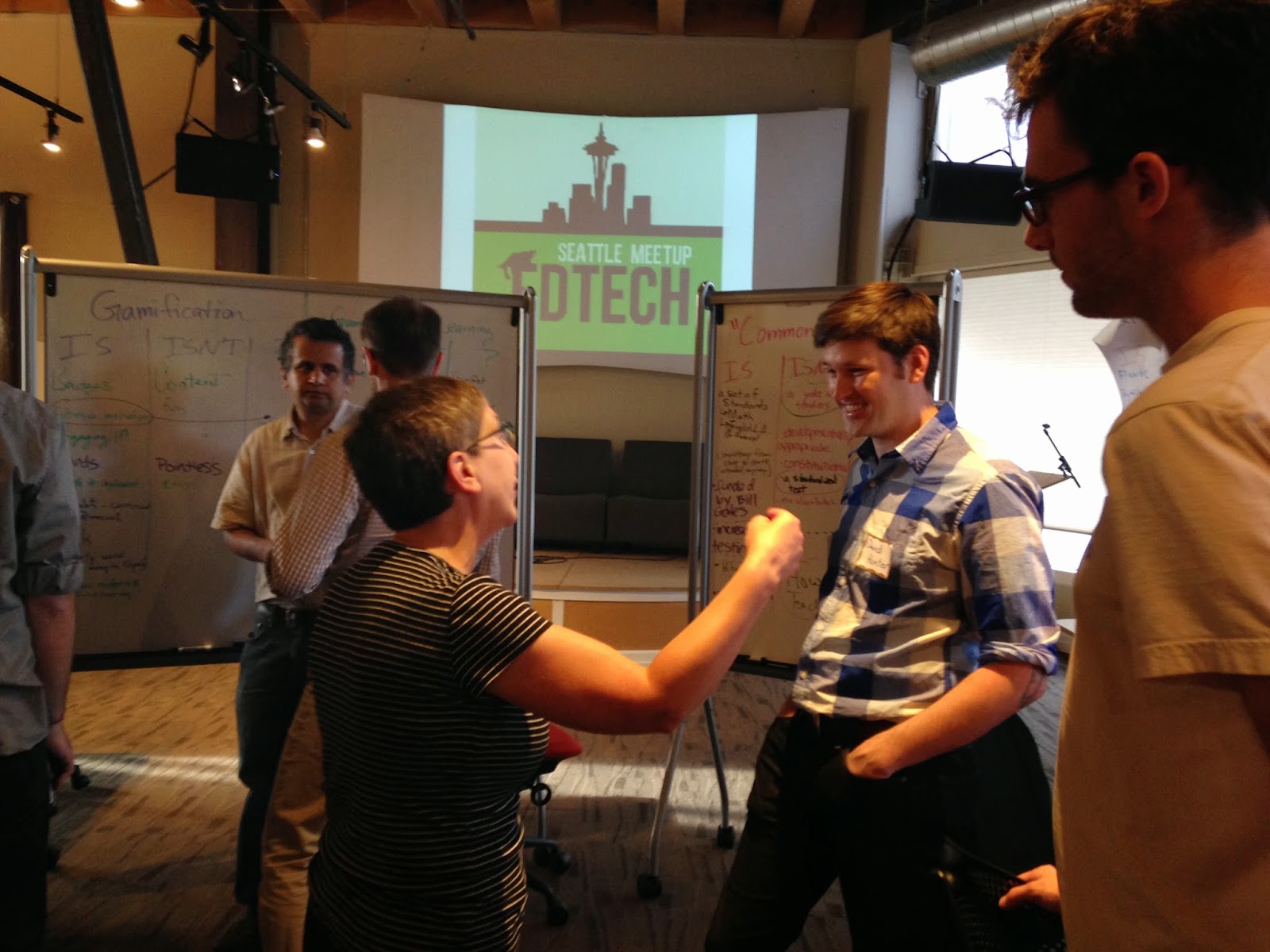 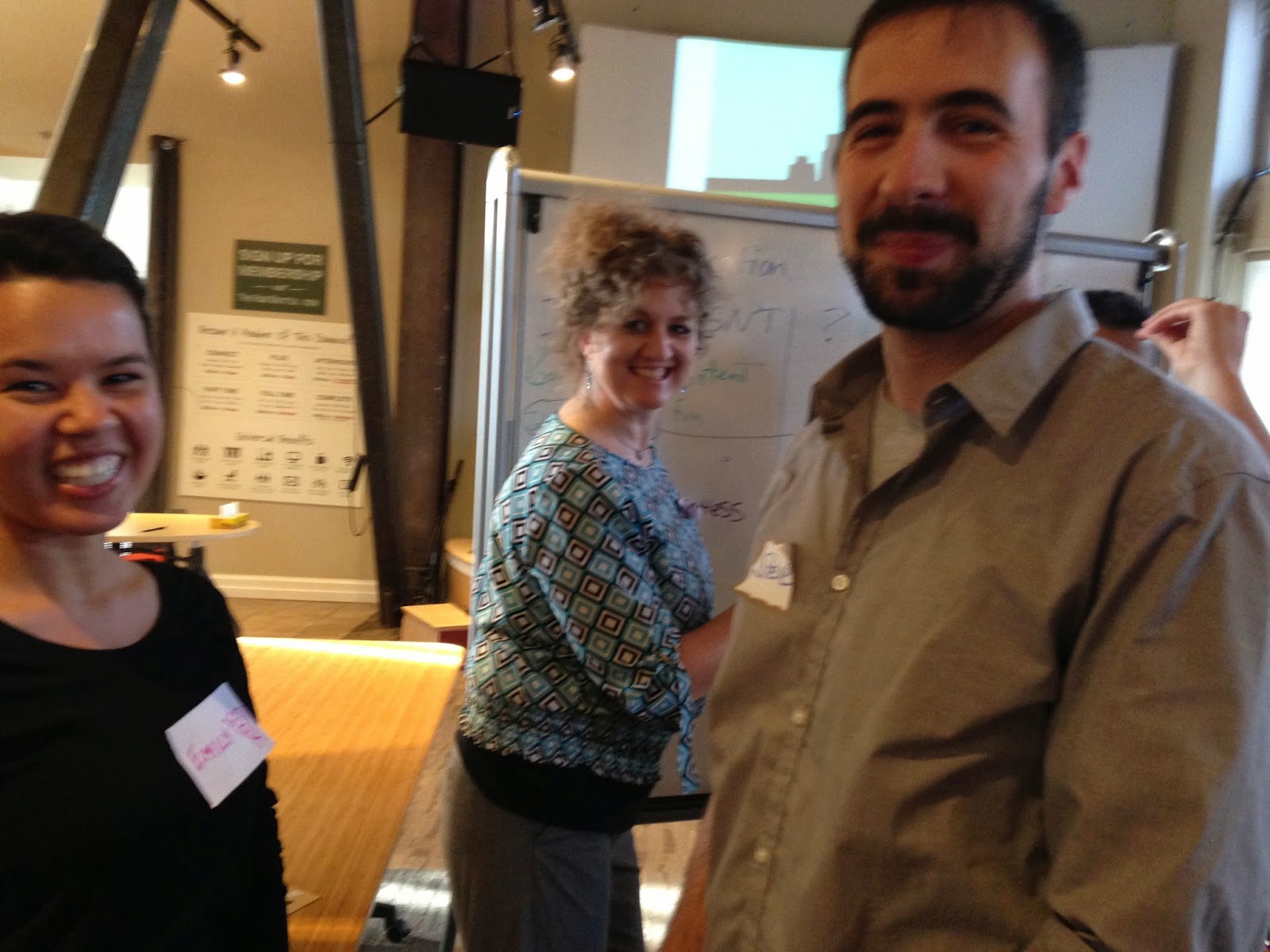 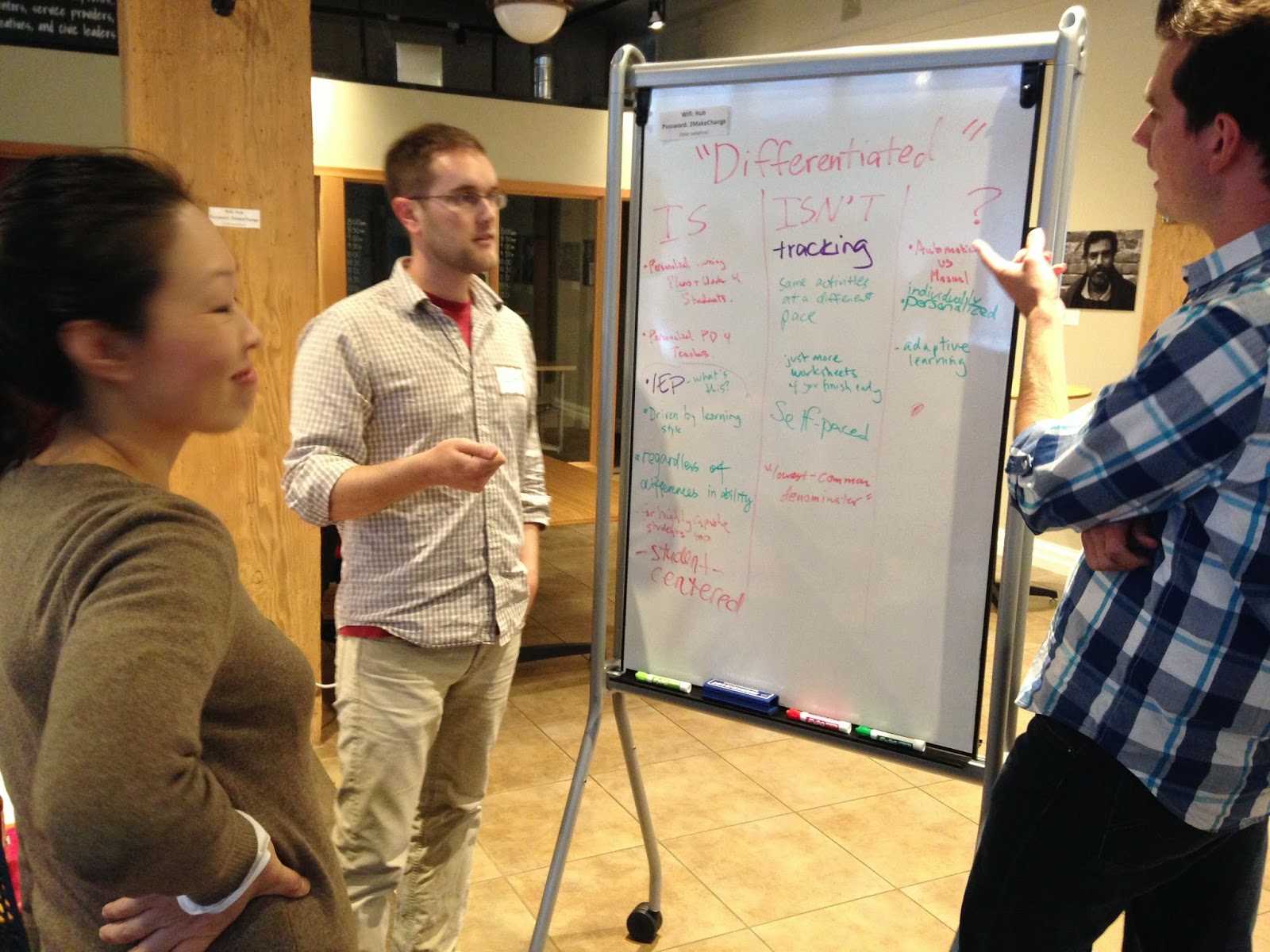 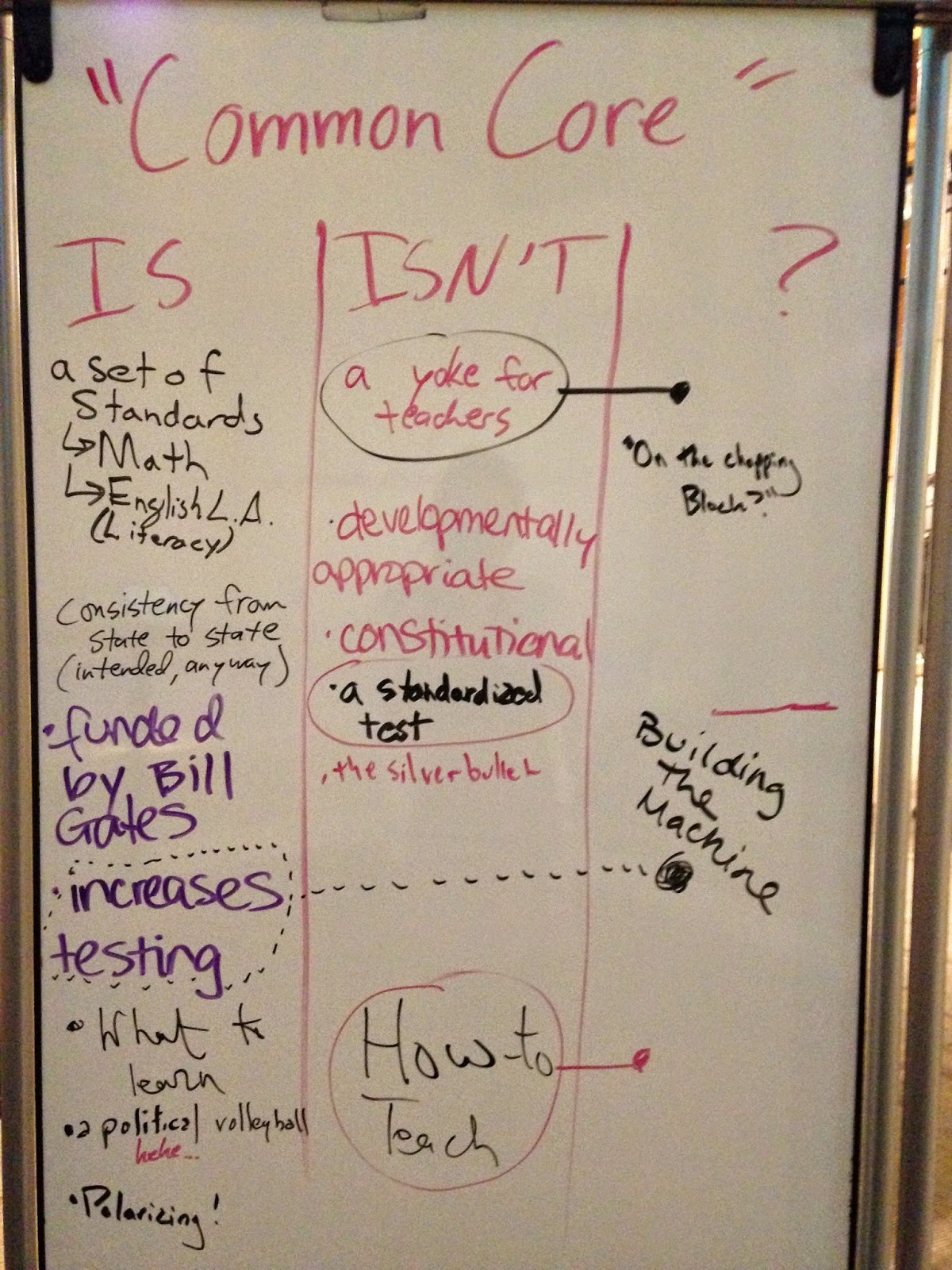 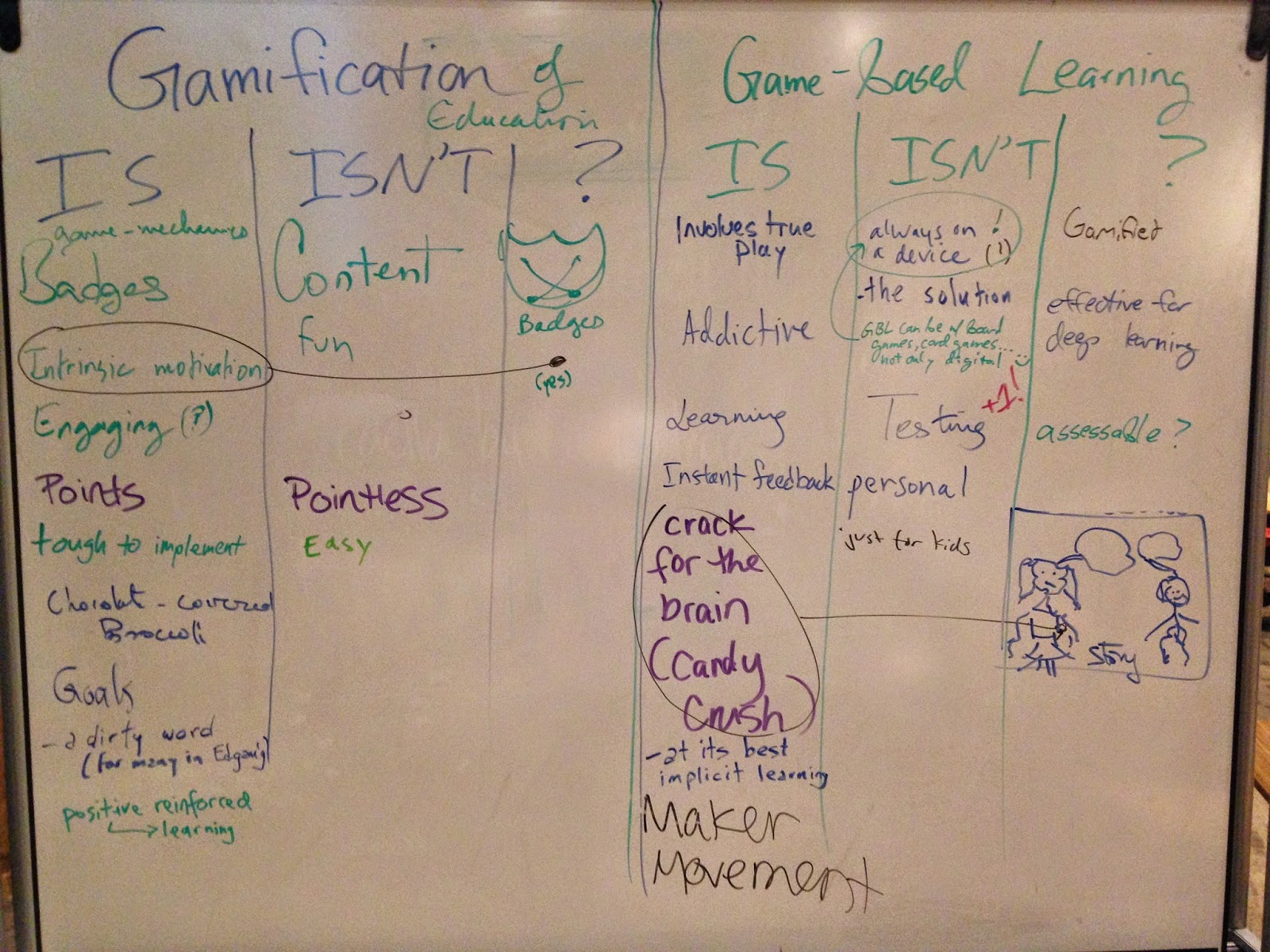 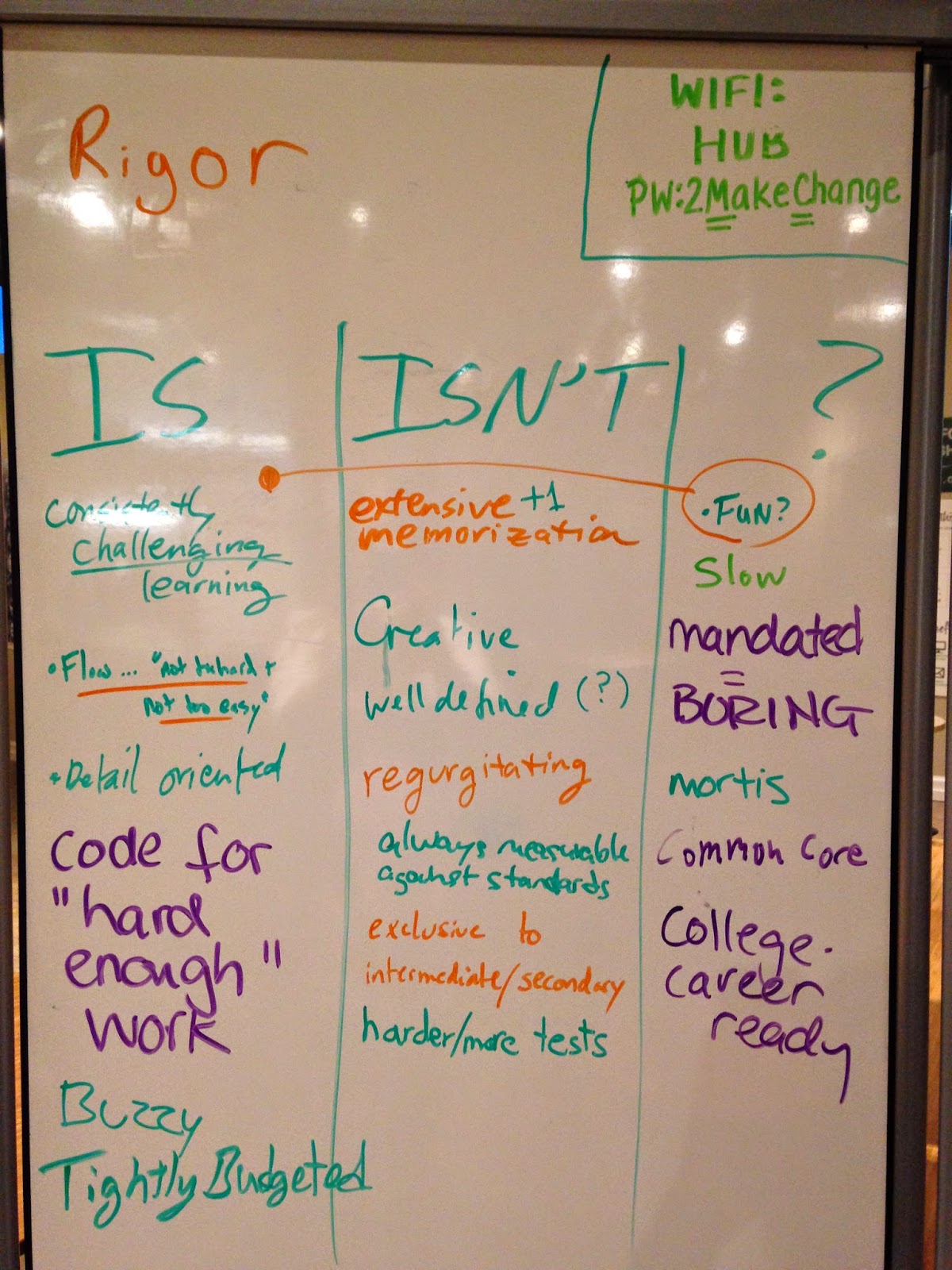 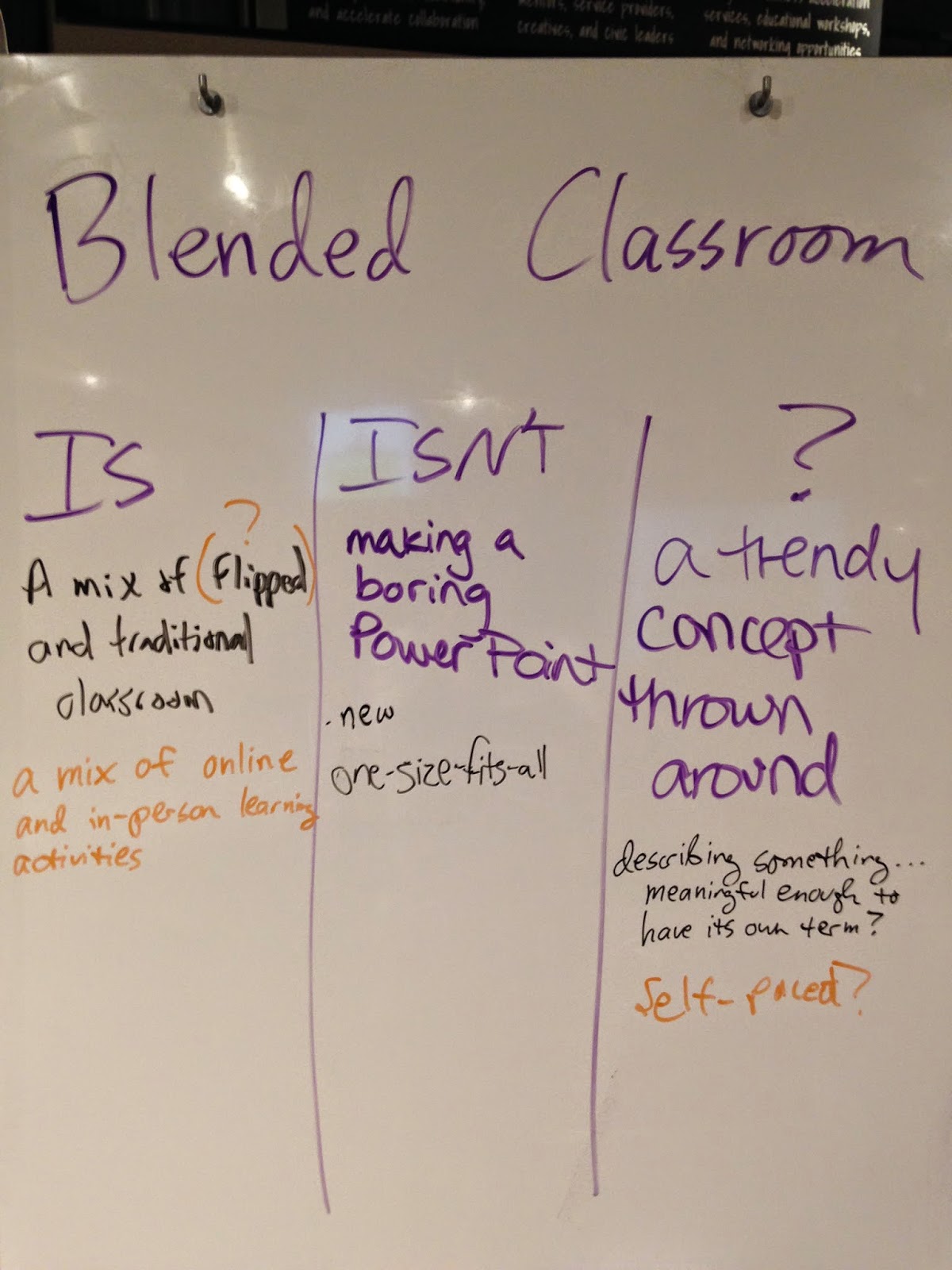 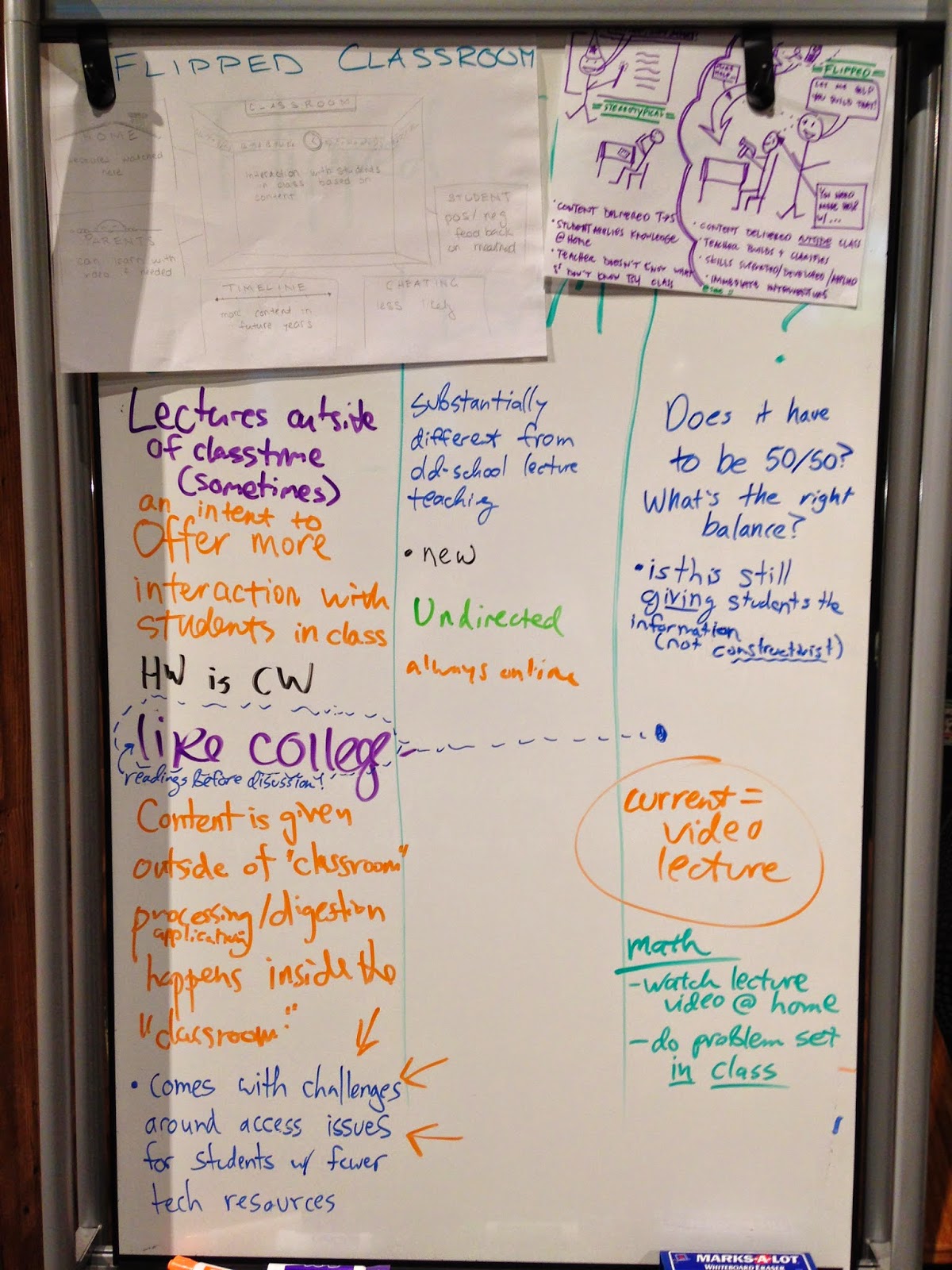 After filling the whiteboard with intense discussion, groups shifted to choosing buzzwords that particularly caught their attention, or were particularly important to them.  Small groups, ranging from 2 - 7 or 8 people, got together to brainstorm how to capture the essence of the buzzword definitions as the group had described them. Some groups came up with some particularly cool visual metaphors, like a brick attack game for "Inquiry"! 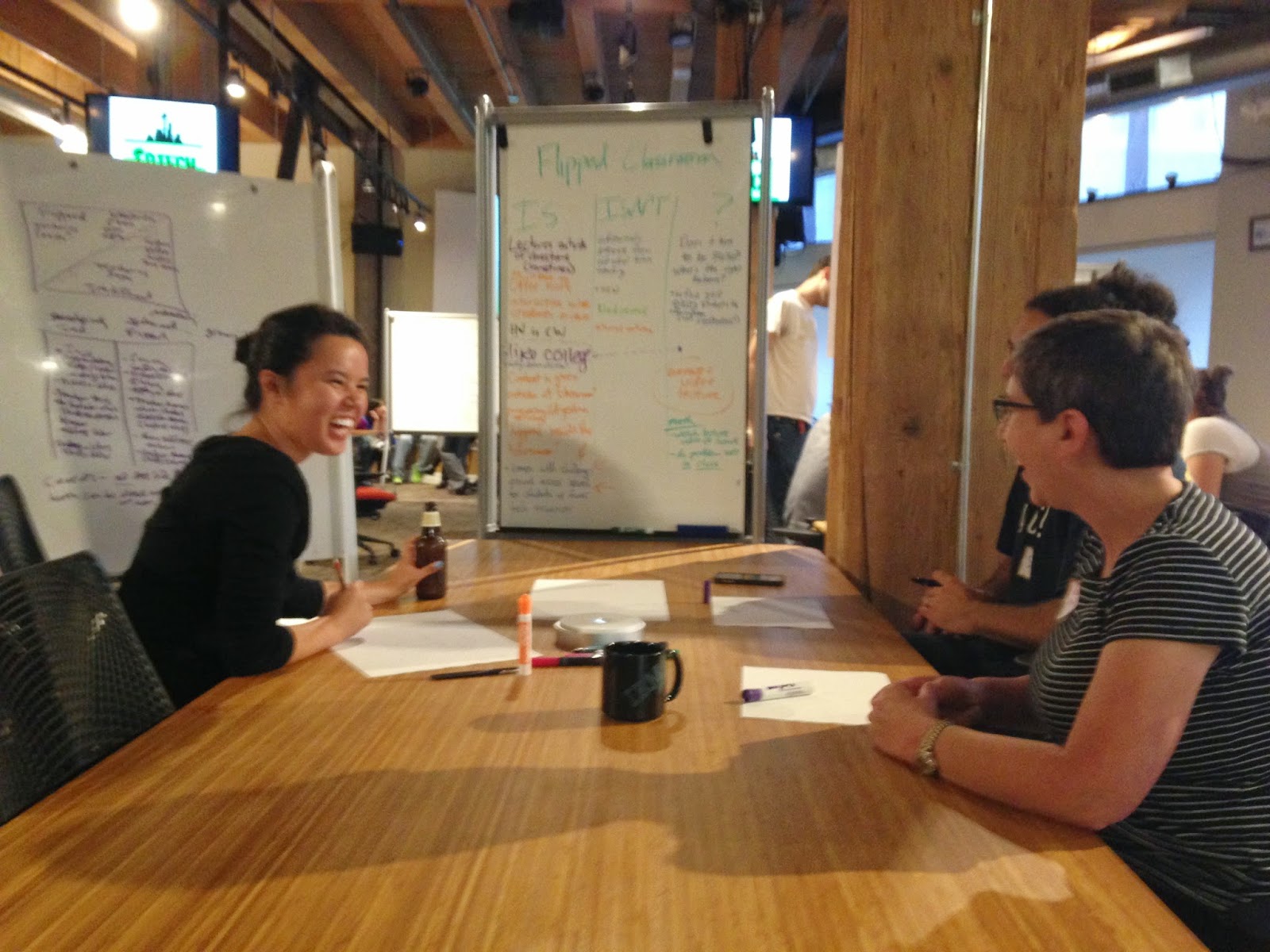 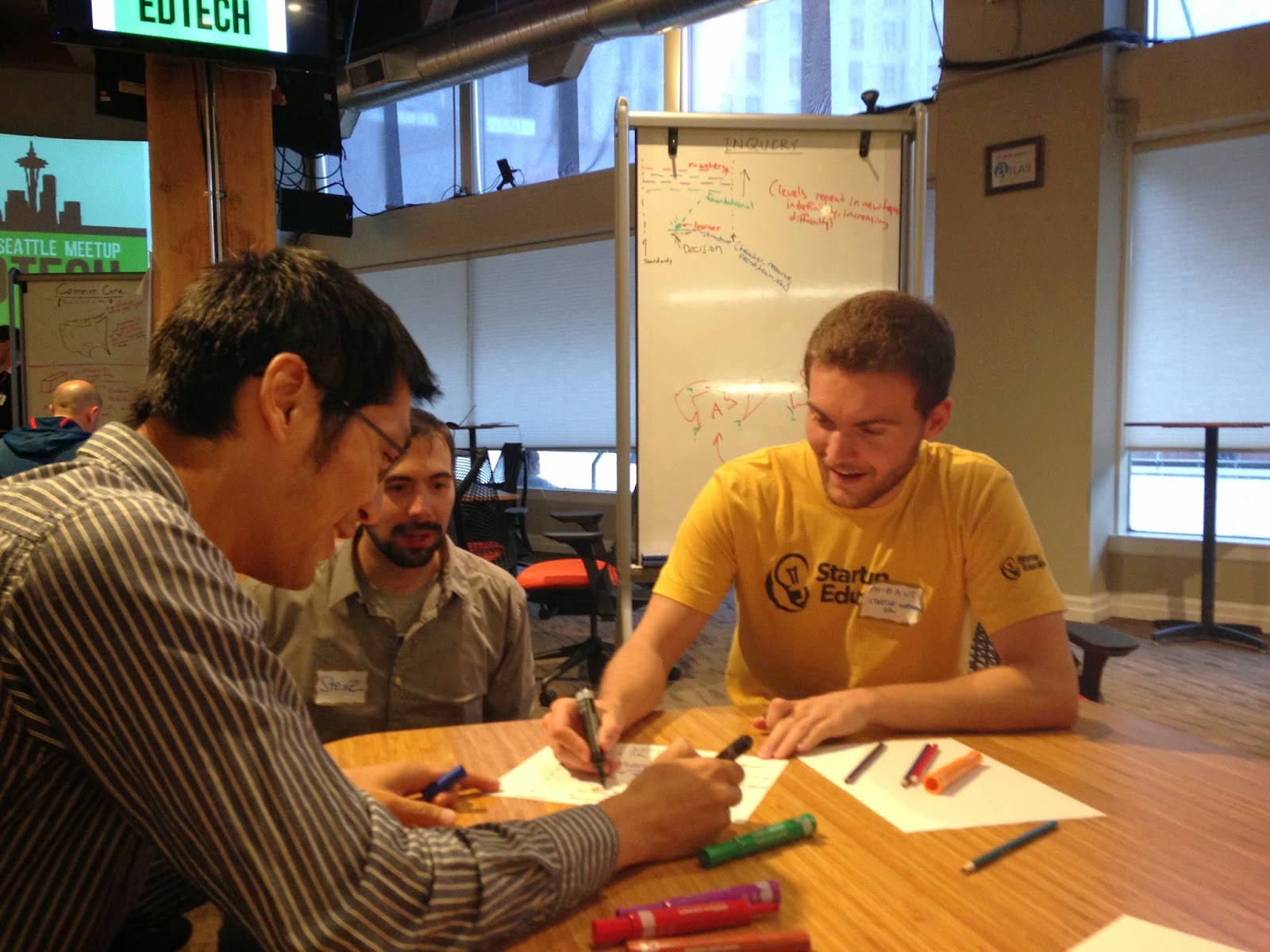 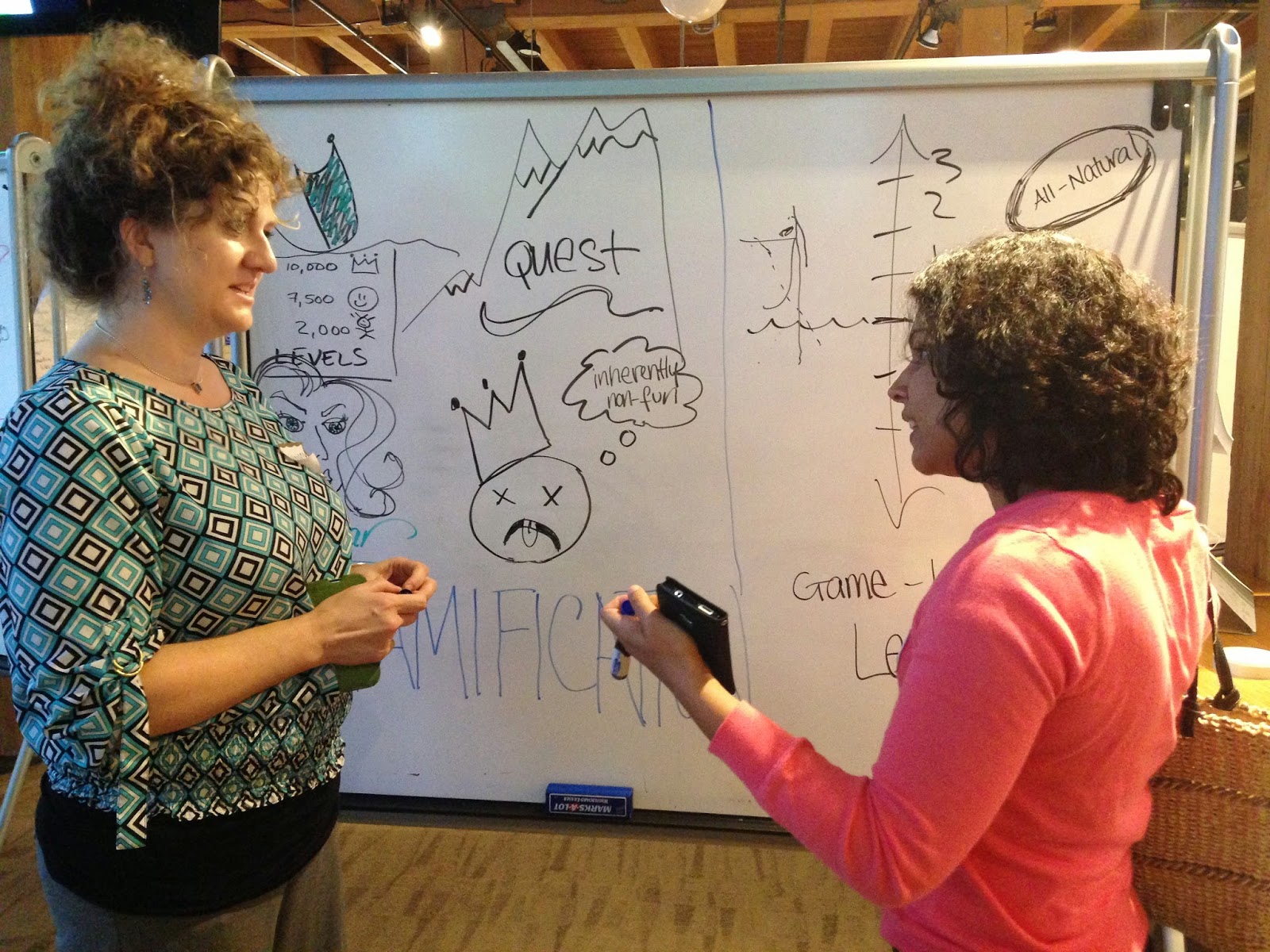 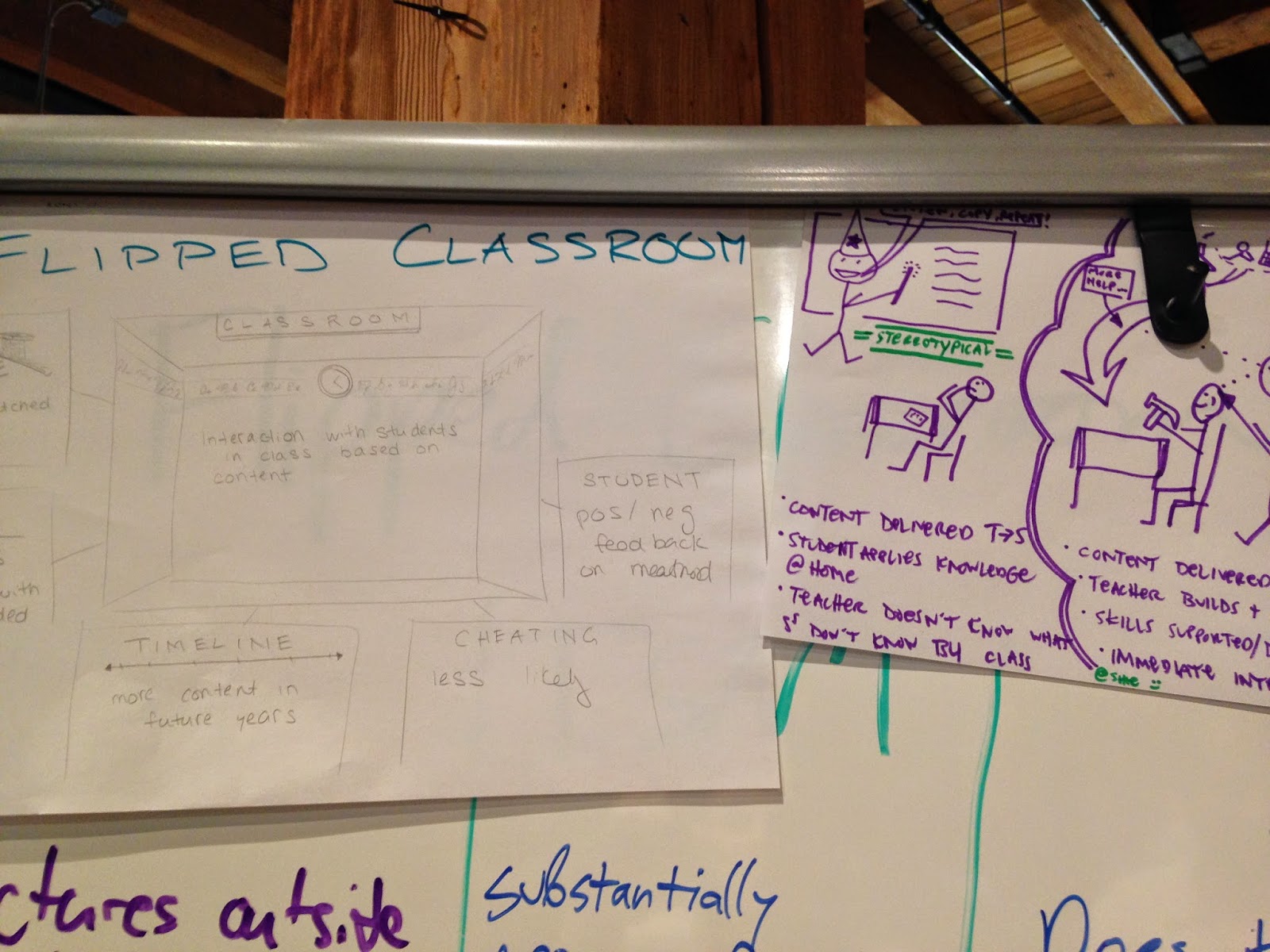 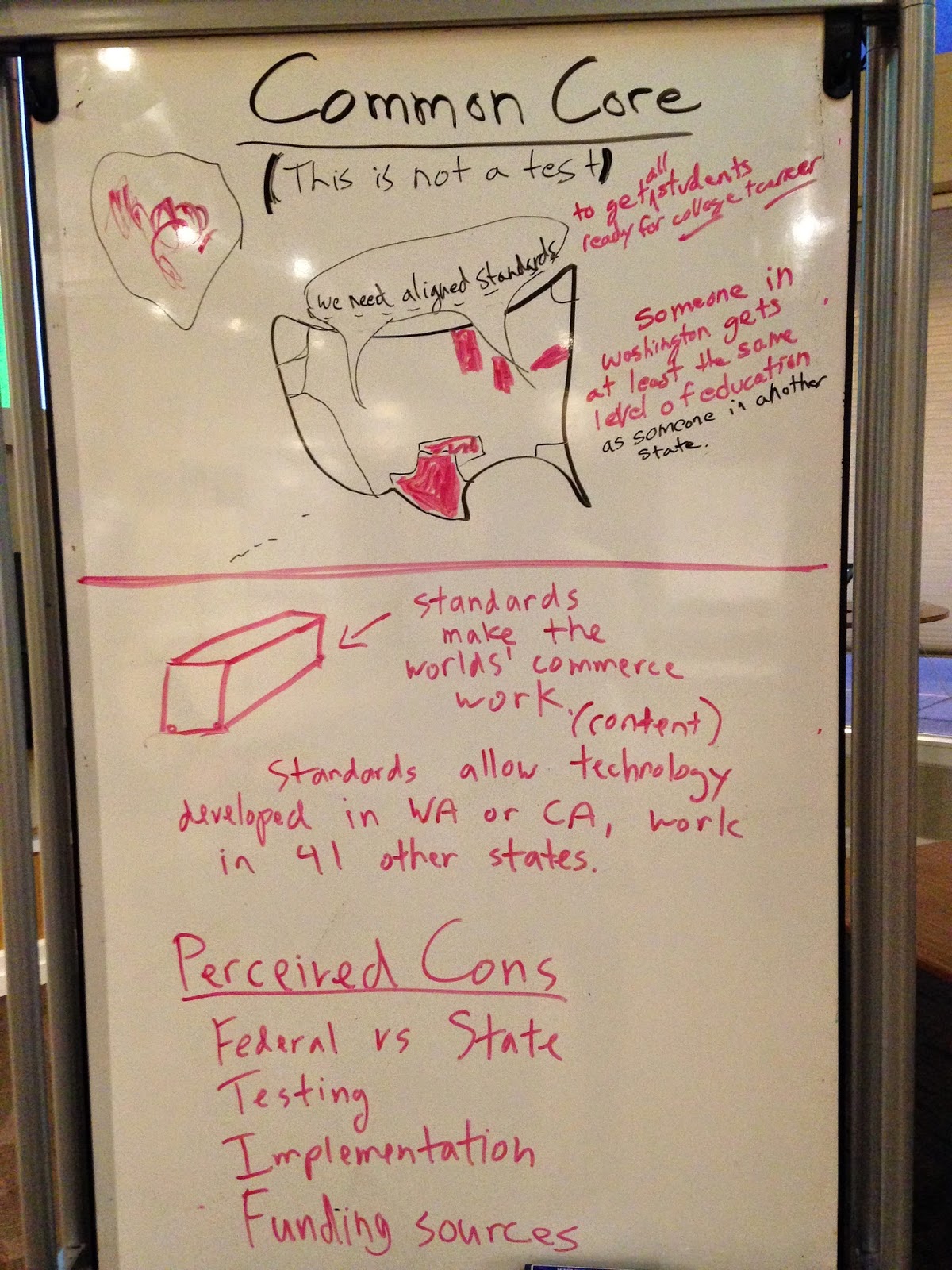 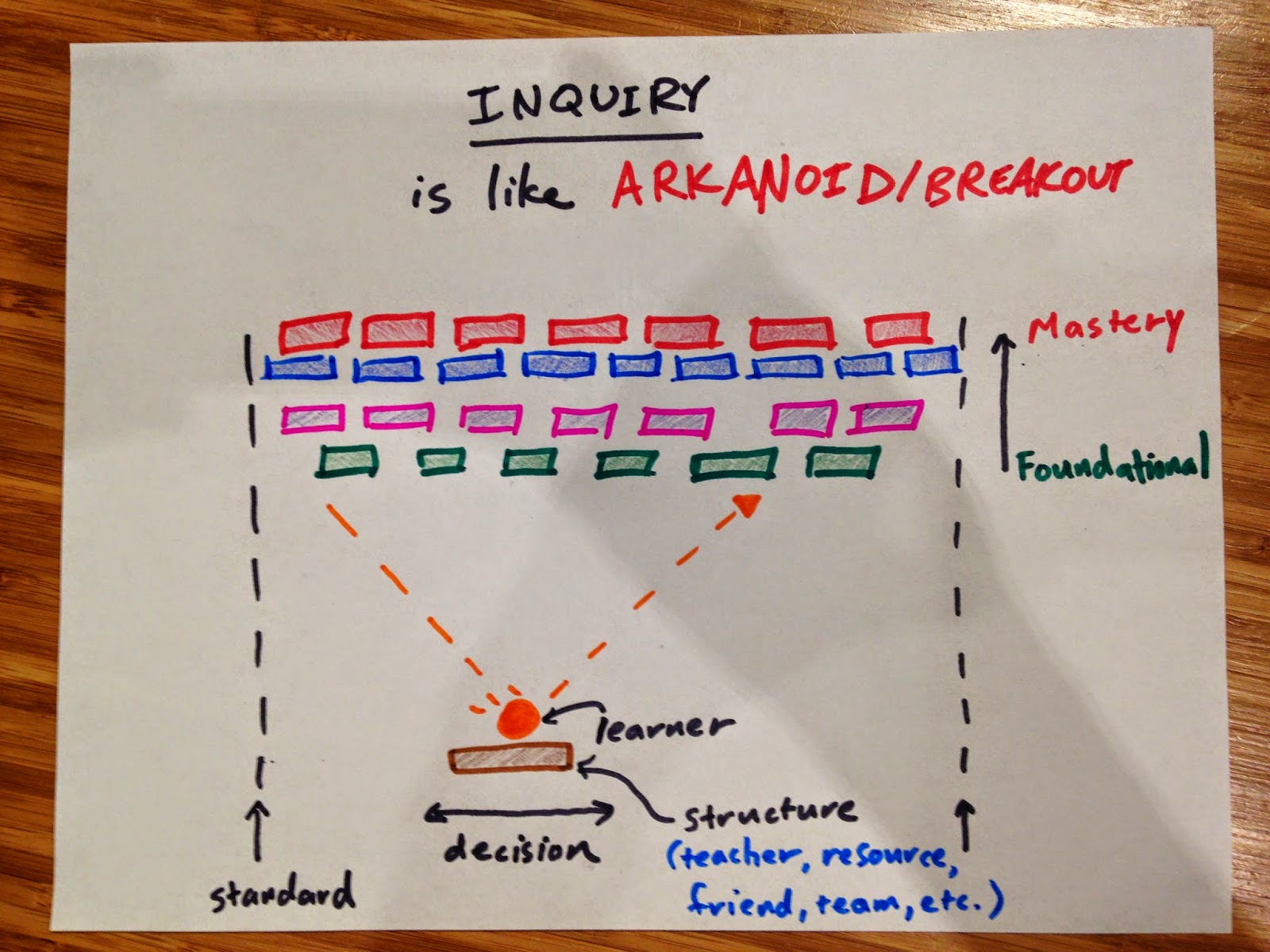 We had a little gallery walk at the end... and that was that!  The structure worked really well, brought out some great ideas, and created some great common understanding among our group. And group members - at least the ones who left feedback :-)  - felt it was a good experience, too!